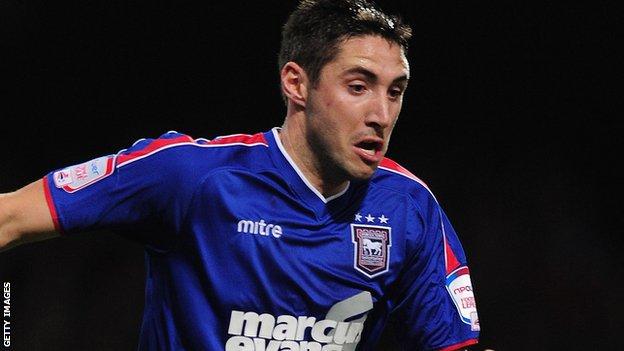 Blackburn manager Michael Appleton has confirmed that he will recall defender Bradley Orr when his loan spell at Ipswich expires on 26 January.

Orr, 30, featured regularly for Rovers under Steve Kean at the start of the season but lost his place to Adam Henley when Henning Berg took charge.

But new boss Appleton is keen for him to return to Ewood Park, saying he will be like a "new signing" for the club.

Appleton, who on Saturday, told BBC Radio Lancashire: "He's a lad that's got a great personality and great experience in the Championship.

"He'll be vital for us between now and the end of the season.

"He's got vast experience of the Championship, he's very vocal, he's a good character and he's someone that I would rather have in my side than up against me."

Orr swapped Loftus Road for Ewood Park in January 2012 and has made a total of 24 appearances for Blackburn.

With teenager Henley out injured, is expected to continue at right-back for the visit of in-form Brighton on Tuesday.