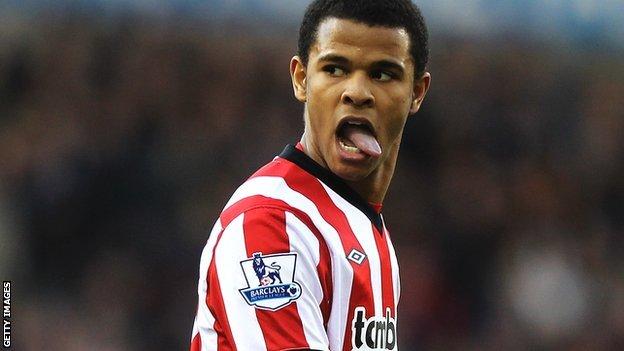 Cardiff's signing of Fraizer Campbell could be the final piece of the puzzle needed to clinch promotion, according to ex-Wales midfielder Mickey Thomas.

Bluebirds manager Malky Mackay had keen to sign the 25-year-old striker and finally got his man on Monday.

Campbell has joined from Sunderland on a three-and-half-year deal thought to be worth up to £650,000.

"He's [Mackay] got another addition to the squad, he needs that in the striking department," Thomas said.

Cardiff lead the Championship by 10 points and are overwhelming favourites to clinch promotion to the Premier League after falling in the play-offs in 2010, 2011 and 2012.

"I think it's important that everyone focuses on promotion," Thomas told Radio Wales Sport.

"You have to believe now with 10 points and the addition of Fraizer Campbell, they're in such a strong position. They have to do it this time."

But Bellamy and Smith have suffered with injuries this season, while Mackay's other forward signing, Nicky Maynard, tore an anterior cruciate ligament soon after joining from West Ham United.

Campbell has struggled for goals this season, hitting just one from 15 appearances for Sunderland, but was prolific at Championship level when he played for Hull City on loan in the 2007/08 season - scoring 15 goals in 37 appearances.