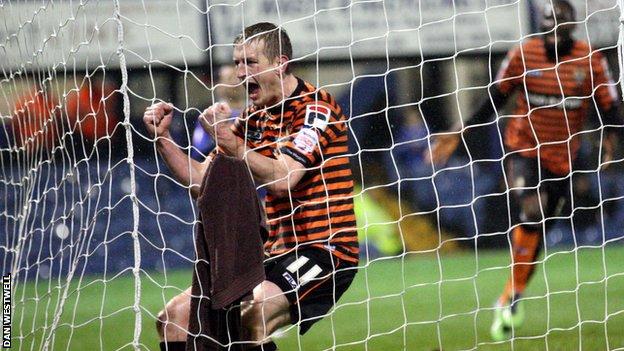 Jeff Hughes's second goal in as many games set Notts County on their way to victory at strugglers Portsmouth.

Alan Judge fired wide as Notts improved after the break and Hughes met Yoann Arquin's cross to put them ahead.

Francois Zoko's header made it 2-0, before the Magpies had Neal Bishop sent off for violent conduct.

It was a seventh red card of the season for Notts, who close the gap on the play-off places to five points.

"Fabian Spiess was excellent, he put in a very assured performance.

"His handling was good, he made the correct decisions when coming for crosses and dealing with things, the ball stuck and he was always in the right position.

"In the second half, with the swirling wind, things got a little bit frustrating with his kicking but in the first half his kicking was excellent."