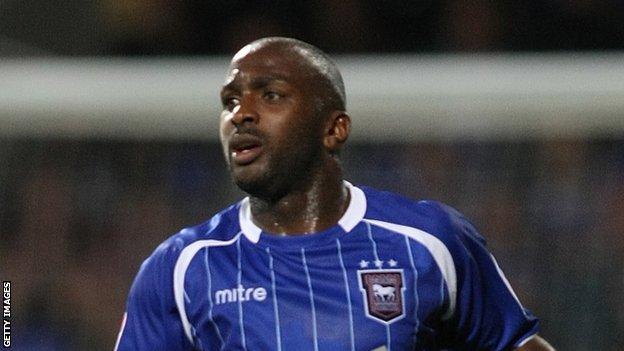 Jason Scotland scored on his debut as Barnsley moved off the bottom of the Championship by beating Millwall.

Scotland, who has signed until the end of the season following his release from Ipswich, came off the bench to score with a firm strike from 12-yards.

Chris Dagnall gave Barnsley the lead when he lifted the ball over Millwall keeper David Forde.

The win means Barnsley are now only four points behind fourth-bottom Ipswich.

Play-off chasing Millwall have managed just one win from their last seven games.

Barnsley were the better side in the first half and could count themselves unlucky not to have scored before the break.

Dagnall shot wide before Kelvin Etuhu failed to produce the finish a driving run deserved as his effort skidded off target.

Barnsley continued to have the better of the play at the start of the second half and were ahead just before the hour.

Marlon Harewood clipped the ball for Dagnall to race on to, and he fired over Forde's dive.

Scotland came off the bench in the 63rd minute and had the ball in the back of the net a few minutes later, when he rifled an unstoppable drive into the net.

John Marquis was Millwall's most dangerous player and he was inches away from pulling one back when he just failed to connect to a long ball over the defence.

But Barnsley were largely untroubled for the remainder of the game as they recorded their third successive home win.

"Jason's finish was exquisite, but I look at his all-round game, his intelligence, runs and link-up play and he said to me before the game: 'Don't worry about me Flick, I've got an unbelievable touch and my movement is great.'

"I've only known him 24 hours, but there's already an excitement round him and a calmness and I look forward to working with him because he might have found a home here."

"We created one good chance in each half, Andy (Keogh) in the first half and John (Marquis) in the second when he was through on the keeper.

"After that we didn't create enough. We tried to get hold of the ball in midfield, where they had an extra man and made it pay.

"When their opportunities came they took them and it was a night for the first goal and it fell to Barnsley."