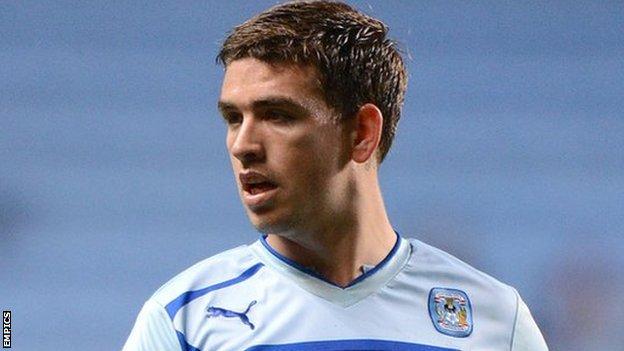 Clive Platt twice wasted good opportunities to level as the visitors went in search of an equaliser.

But Myles Weston sealed the victory in the closing stages, lashing the ball in off the post.

The result means Gillingham return to the summit of League Two, while Northampton drop out of the top three.

"It was extremely difficult with the wind swirling. I thought both teams played really well but we got the breaks and the three points so happy days.

"The threat of getting our centre forward behind their defenders was something we practiced. We highlighted those passes in behind.

"To be ten points clear of fourth place is some going. More than anything, the run we've had here starts to get on everybody's back.

"Gillingham are at the top of the league for a reason because generally they get results.

"But what I've always believed about our team is that performances overall will get you success.

"If we perform like we did in the first half - or indeed for a lot of the game - we're not going to be too far away.

"Of course we want to be up at the top of the league and pushing for promotion, but we have got to take stock."