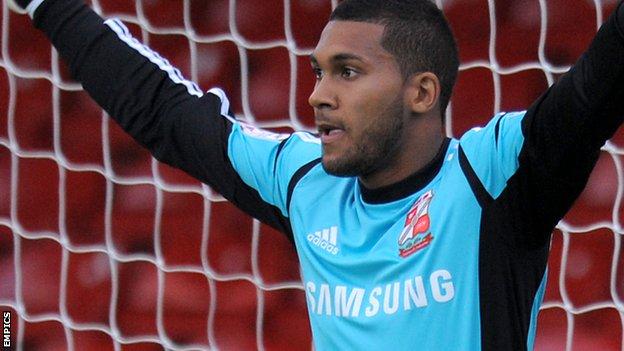 Promotion chasing Swindon extended their unbeaten run to eight games but were held to a goalless draw by Leyton Orient in League One.

The Robins came closest to scoring in the second half but Andy Williams saw his effort hit the post.

And Orient almost won it late on, but Jimmy Smith was denied by keeper Wes Foderingham from point-blank range.

The result leaves Swindon third in League One, while Leyton Orient are 15th.

"We looked like we did at the start of the season, when we created chances but didn't score and then risked losing.

"It didn't happen, thanks to Wes (Foderingham) once again.

"I'm very disappointed with some players but I will tell them who and why.

"With two days to go in the transfer market it doesn't help, but it can't happen."