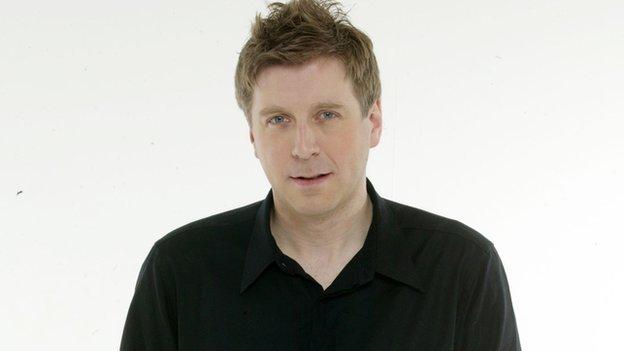 Mark Chapman is to take over from Colin Murray as host of BBC Match of the Day 2 from next season.

Chapman, 39, is currently a presenter on BBC Radio 5 live where he hosts the Monday Night Club and phone-in 606.

Murray, who started his career at BBC Radio 1, took over from Adrian Chiles as MOTD2 presenter in April 2010.

"We'd like to thank Colin for his great contribution to Match of the Day 2," said a BBC statement.

"We look forward to him continuing on the show until the end of the current football season.

"He will continue to play a key role in BBC output, especially as a regular presenter on 5 live and across TV output for darts and American football."

Premier League highlights show Match of the Day 2 airs on BBC One on Sunday evenings.