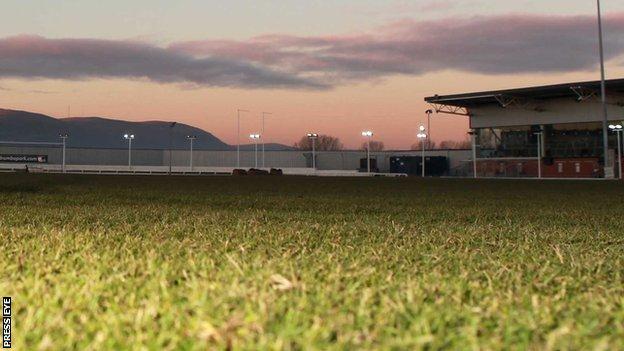 Heavy snow and freezing conditions have forced the postponement of two of Tuesday's scheduled football matches.

The rearranged Irish Premiership game between Lisburn Distillery and Portadown has been postponed because the New Grosvenor pitch is frozen.

The other game called off is the Irish Cup fifth round replay between Larne and Lurgan Celtic at Inver Park.

Larne's clash against Lurgan Celtic has been re-arranged for Tuesday, 29 January.