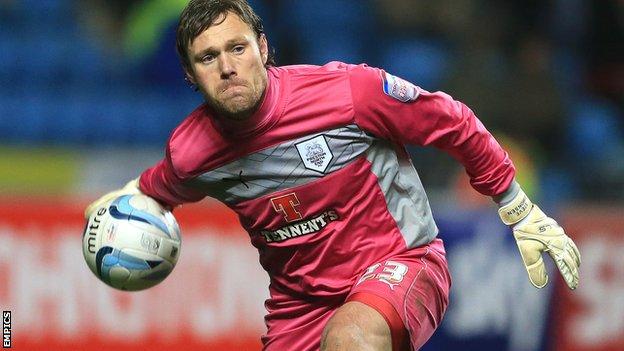 Preston have agreed to terminate the contract of goalkeeper Steve Simonsen.

days after in the League One play-off final in May.

Simonsen's last appearance for Preston came in the Johnstone's Paint Trophy loss at Coventry on 10 January, a

Thorsten Stuckmann and Rhys Taylor, who recently joined Graham Westley's side on non-contract terms, will now compete for the goalkeeping jersey.