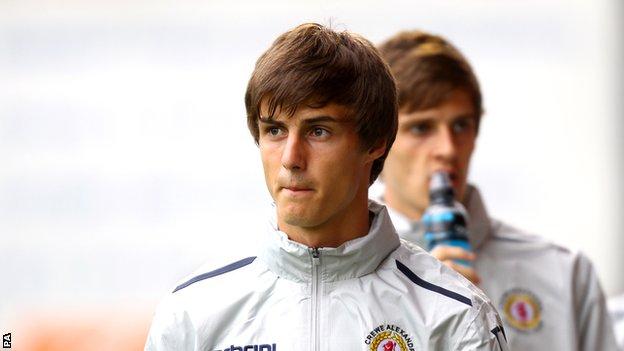 Garrett, 19, is behind Steve Phillips and Alan Martin in the pecking order.

"We haven't had a goalkeeper to get excited about for a while," Davis told BBC Radio Stoke.

"We see him as a somebody who, over the next few months or longer, will start to stake a claim for a place. He's improving all the time."

England Under-17 international Garratt has yet to play a first-team game for the Alex, but Davis believes that training with experienced goalkeepers on a regular basis can only benefit the youngster.

"The work with Steve has helped him, and Alan coming in has given him a more competitive edge," Davis added.

"At some point I'd like to play a whole team of academy graduates and I'm sure before the end of the season that will be the case."