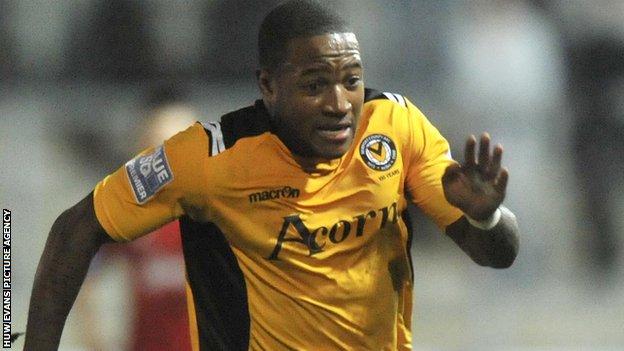 Newport County striker Aaron O'Connor has been ruled out for up to four weeks with a thigh injury.

O'Connor suffered the problem during Newport's 2-0 home defeat to Barrow in the Blue Square Bet Premier.

County's leading scorer confirmed on Twitter he would be out for a few weeks.

The 29-year-old, who previously played for Mansfield, joined Newport from Luton in July 2013 and has scored 19 goals for the Exiles this season.