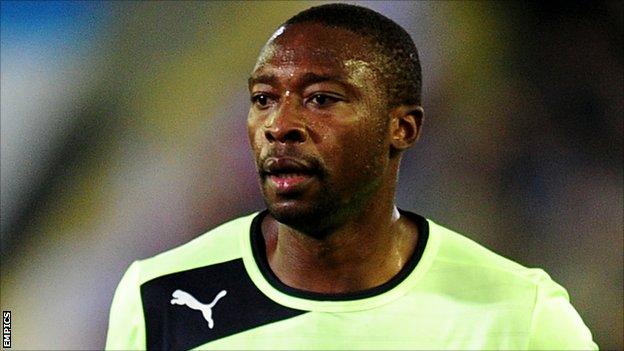 Shola Ameobi has said Newcastle United must take the threat of relegation seriously this term after dropping out of the Premier League in 2009.

The Magpies are only two points above the drop zone after Saturday's 2-1 loss to fellow strugglers Reading.

"No-one is above being relegated as we found out. We have to use the experience to our advantage," Ameobi told BBC Newcastle.

"We've got big players here and it's important we knuckle down."

Newcastle, who finished fifth last season, have only won two of the last 14 league games.

Their slide down the table has not been helped by the departure of top scorer Demba Ba as well as injuries to key players such as Yohan Cabaye, Steven Taylor and Hatem Ben Arfa.

Alan Pardew is hoping to address a lack of depth in the squad by strengthening during the January transfer window.

has joined a squad which Ameobi is confident possesses the characters required to draw the Magpies away from their current plight.

"When things aren't quite going right we have to have players who can stand up and get the team going," he added.

"The pressures of playing in the Premier League, and certainly when you're down there it is a lot harder to play.

"Psychologically you know you're in a dogfight, and I think it's important for the characters and players to stand up and be counted.

"I believe we have those characters and it's great that we've got people in the changing room that even though we lost this game, players are really wanting to turn this round."