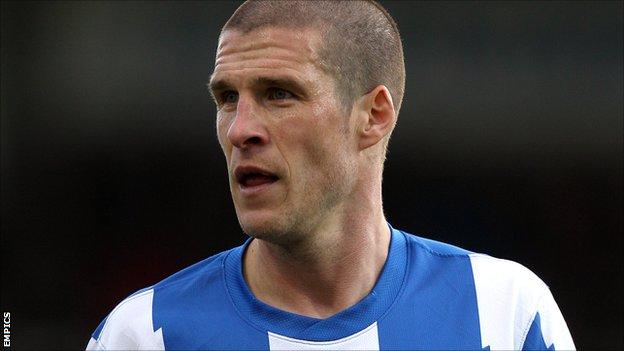 Hartlepool United have terminated the contract of midfielder Paul Murray by mutual agreement.

Murray, 36, has made 18 appearances for the club this term, the last of which came in November's draw at Walsall.

However, the Carlisle-born player has been unable to establish a place in the side following arrival of John Hughes as first-team coach in December.

"We'd like to thank Paul for all his efforts," chief executive Russ Green told the club website.

The well-travelled schemer joined Pools in August 2010 following a spell at Shrewsbury and made a total of 105 appearances for the club.