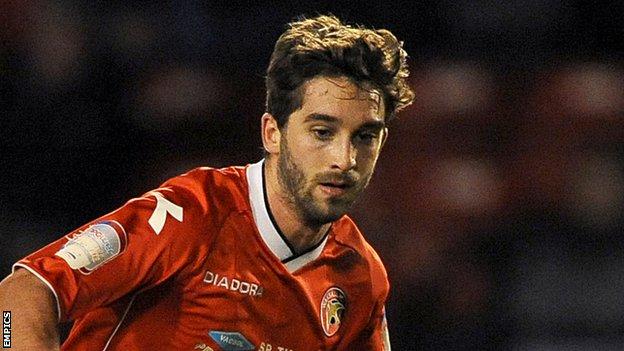 Walsall striker Will Grigg believes his side's 16-match winless streak has helped the now in-form Saddlers mature in their approach to matches.

The Saddlers have recovered from their dip in form, and have now only lost only once in their last eight games.

"Early on we were playing some good stuff, but there were certain phases we were a bit naive," Grigg told BBC WM.

"I think now everything has come together, we have matured a lot and our game knowledge has improved."

The Northern Ireland international continued: "No-one wants to go back into that situation again, it wasn't a nice feeling."

Grigg, who has found the net 10 times for Walsall this season, has recently found himself being used as a lone striker.

And the 21-year-old paid tribute to the way his team-mates have been creating chances.

"The goals have finally been coming and we've been playing well as a team. We've got to keep doing what we've been doing and we'll go a long way.

"The way we've been playing we're creating so many chances that the goals are going to come," he said.

"It's really pleasing because we've put a lot of hard work in and finally it has paid off."