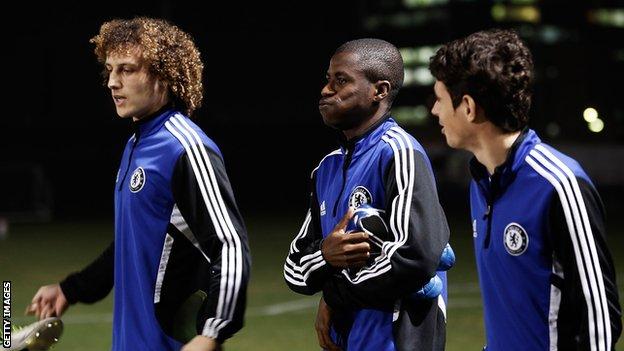 Brazil have chosen four Premier League players in their 20-man squad for the February friendly against England.

Chelsea's trio of David Luiz, Ramires and Oscar have been included, along with QPR goalkeeper Julio Cesar.

It is manager Luiz Felipe Scolari's first game since he was re-appointed in December.

Santos star forward Neymar and two time Fifa World player of the year Ronaldinho have also been included in the squad.

The match at Wembley on 6 February is being played to mark the Football Association's 150th anniversary celebrations.