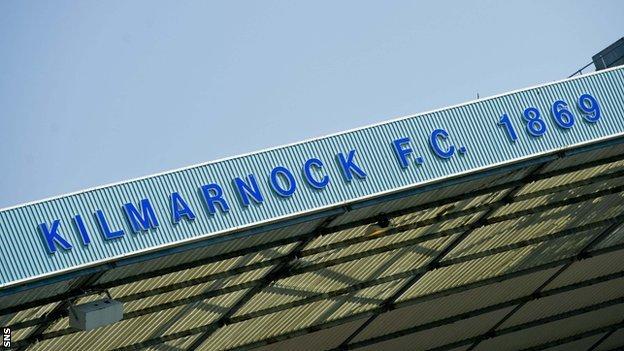 Kilmarnock have reached agreement with a creditor to avoid the threat of a winding-up order.

Braehead Foods, which supplies the club's Park Hotel, had threatened legal action over an unpaid sum of £16,000.

But a deal has now been done between the two parties.

The catering firm's owner Craig Stevenson confirmed to BBC Scotland that a satisfactory "payment schedule" has been accepted and the matter is now "resolved".

And he added: "I'm unhappy that I had to go to the extreme of involving lawyers when a simple return phonecall would have done the job."