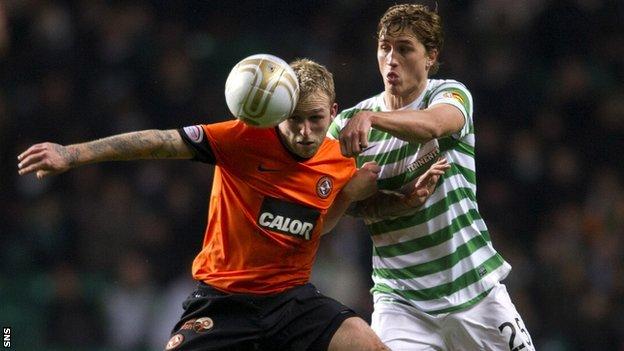 Gary Mackay-Steven missed an early chance before Celtic netted twice in the run-up to half-time.

"When you come here you always want to take the chances you create," said Houston.

"Who knows what would have happened had we scored?

"If we score first it puts them on the back foot.

"But even at 2-0 at half-time I said the next goal was all-important and I felt that Celtic were getting a wee bit edgy at times.

"If we get that next goal we are back in the game but they got the third goal and the game is over and done by then."