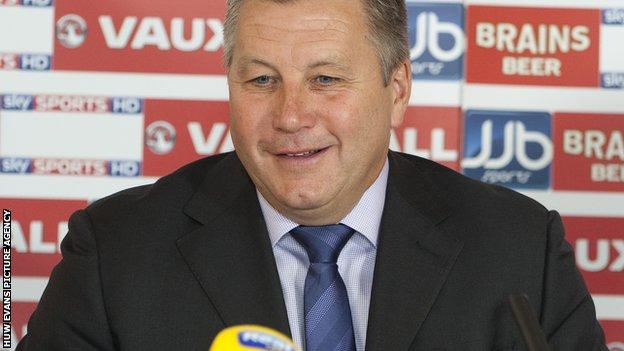 Wales Under-21 manager Geraint Williams has included seven uncapped players in his squad for the friendly against Iceland on 6 February.

Crystal Palace's Jonathan Williams is also included for the game in Llanelli.

Williams has previously been called up to the senior side but has yet to win a full cap.

The friendly at Stebonheath Park is a warm-up for the Uefa Under-21 championships, the finals of which will be held in the Czech Republic in 2015.

The draw takes place next week in Switzerland with Wales placed in the second strength category of sides and qualifying matches could start as early as March this year.