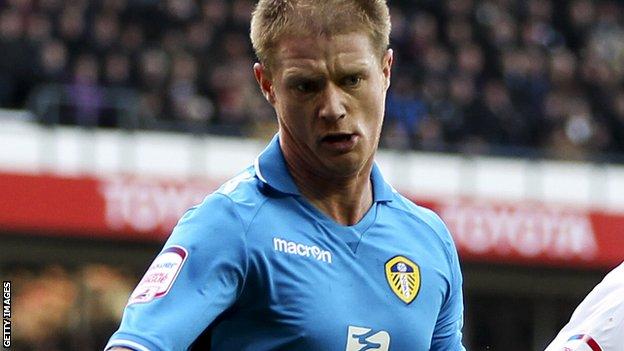 Tate spent two months on loan with Neil Warnock's side and made 11 appearances.

The 30-year-old's loan spell was due to expire at the weekend but the former Manchester United player has returned to south Wales.

"We can't thank Alan enough for his help over the past month and thanks also to Swansea for allowing him to come here," said Leeds boss Warnock.

"He has returned to Swansea now and we wish him all the best."

Tate's opportunities at Swansea have been limited this season and he has been restricted to only four appearances.