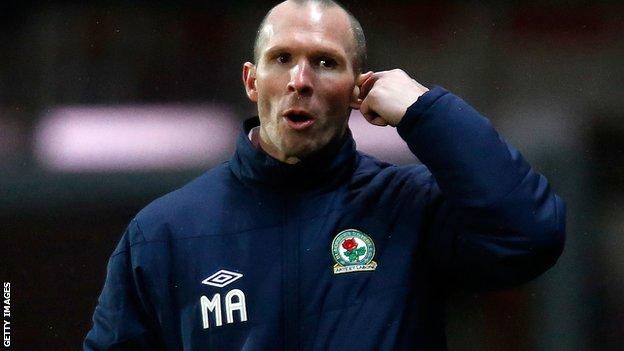 Blackburn manager Michael Appleton is hoping to add at least three players to his squad before the end of January.

"I've got the green light to pursue certain players," he told BBC Radio Lancashire. "Whether they get over the line or not is another question.

"We'll be working our socks off to make sure it happens. We need three or four new faces to give everyone a lift."

Appleton earned his first point as Rovers boss with a at Ewood Park on Tuesday.

But the former Blackpool boss was denied a maiden victory by a 97th-minute David Lopez penalty.

The 37-year-old continued: "We've all been there, where you've played ever so well, not got that second goal and been punished. It feels like a defeat sometimes.

"We've also been on the other side of it at some point in our careers, when we've not played particularly played well and nicked a point late on.

"I think you've got to be [pleased]. Brighton are a good side - they play fantastic football and have done for three or four years, even when they were in League One.

"I think they're the ones going away feeling more relief than anything, knowing that we were probably the better side."

Blackburn, who in their first game since travel to Championship side Derby County in the FA Cup fourth round on Saturday.