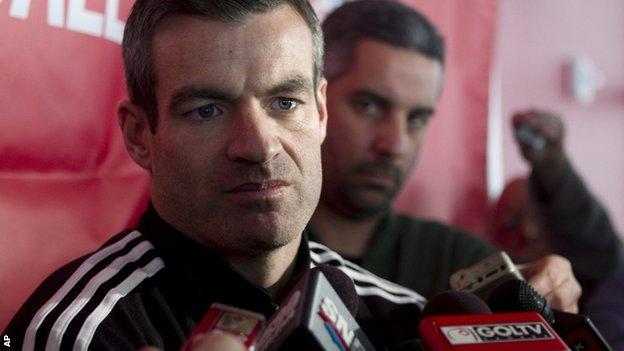 Ryan Nelsen will play his last match for QPR against Manchester City on 29 January before taking over as full-time coach of Major League Soccer club Toronto FC from 1 February.

The 35-year-old New Zealand defender has been a key player for Rangers this season, making 23 appearances in all competitions since joining in June.

His deal was set to end in the summer.

"We had a talk and we needed to give QPR as much time as possible to bring in a replacement," Nelsen said.

"If they knew I was leaving earlier, it would have been harder in the transfer window."

His departure leaves QPR light on numbers in defence, which is a concern for manager Harry Redknapp.

"In the long term we need a centre-half," he said last weekend.

"But I am looking to improve the quality and strengthen other areas too."