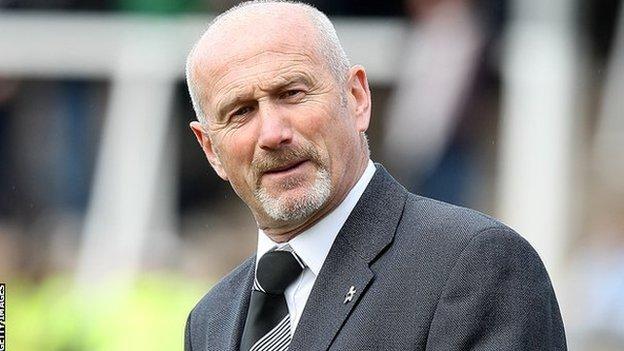 O'Kelly takes up his new rolling contract with immediate effect after the two clubs agreed compensation.

The 56-year-old worked under City head coach Sean O'Driscoll at Bournemouth and Doncaster Rovers - and the duo achieved promotion with both clubs.

"Richard is an excellent coach whose opinion I respect and has the sort of character that every football club needs," said O'Driscoll.

"He will bring enthusiasm and positivity to everything he does and I'm delighted he has joined me as I know it was a tough decision to leave Walsall, where he was achieving great success on a limited budget."

As a player, West Bromwich-born striker O'Kelly spent much of his career at Walsall, where he scored 56 goals in 204 league games.

He managed and worked as assistant at Hereford United before departing in the summer to rejoin the Saddlers.

City's football managing director Jon Lansdown added: "We're delighted to welcome Richard to the club as he links up with Sean again.

"They've worked together well in the past, building up clubs and achieving success at the same time."

O'Driscoll was appointed at the Championship's bottom club earlier this month, following the sacking of Derek McInnes.