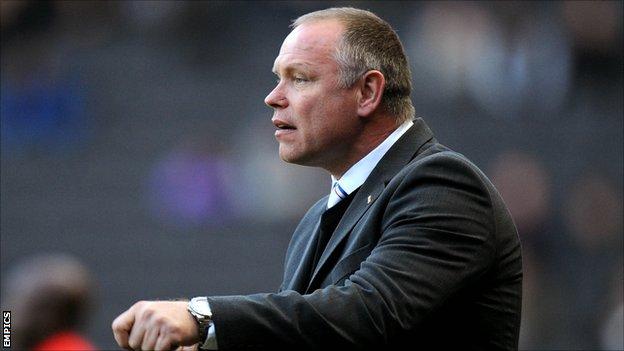 Hartlepool first-team coach John Hughes has intimated he could add to the squad after several players suffered injuries in Tuesday's 2-1 defeat by Bournemouth.

Jordan Richards, Tony Sweeney and Steve Howard were all withdrawn with knocks either before or during the 90 minutes.

Sweeney was taken off with a knee problem, to be replaced by Jack Baldwin, while Howard was withdrawn with what appeared to be an issue with his left hamstring.

Richards, who suffered a knee injury, will also be assessed.

Meanwhile has freed up room in the squad for potential additions.

Although the club website lists 25 first-team players, more than half of that group are 23 or under, with 11 under the age of 21, and Hughes has backed players such as Nathan Luscombe, Luke James and Jack Baldwin to step up.

"We're keen to give players a sniff, a chance," Hughes said.

"Jack Baldwin went in and did himself no harm, it took him a while to get to grips but he started making tackles and passes.

"I know what I've got and that's why I had been reluctant to bring players in."