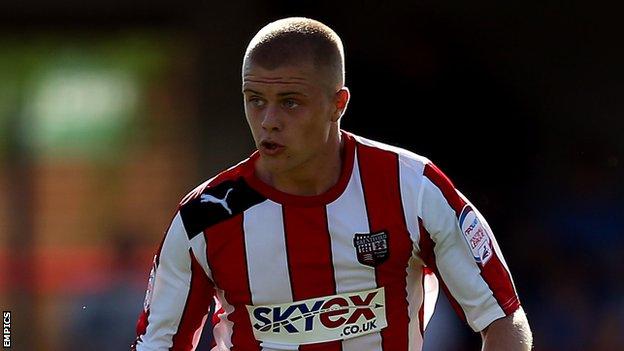 Brentford manager Uwe Rosler says defender Jake Bidwell paid the price for kicking the ball away in their 2-2 draw with Leyton Orient.

The 19-year-old left-back was sent off for two bookable offences and will now miss the FA Cup tie at home to Chelsea.

Rosler told BBC London 94.9: "I talked before the game about being calm and staying disciplined.

"When you put yourself under pressure as a defender by kicking the ball away it ends up like this."

Bidwell, who is on loan from Everton, received a yellow card for kicking the ball away in the first half and was then dismissed by referee Paul Tierney for pulling back Jimmy Smith just before the hour mark.

"I still feel it was a very harsh decision as he didn't really stop the counter-attack or pull him back," Rosler continued.

"The ref looked at it, happily saw the player was already booked and then booked him a second time."

Despite being unhappy about his first booking and losing Bidwell to suspension, Rosler says he will not be too harsh on the teenager.

"We have to talk about the first yellow card," the German said.

"He has been terrific for us. His head will stay on, put it that way."