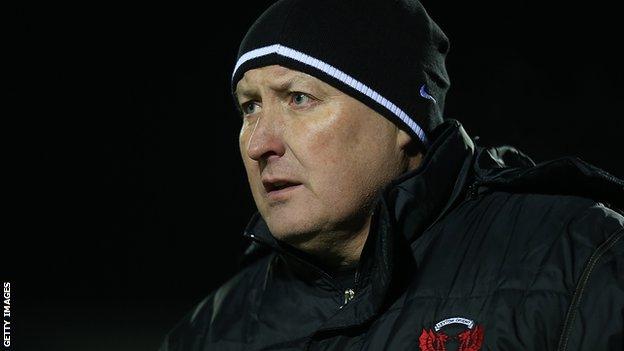 Leyton Orient manager Russell Slade has called on his defenders to be stronger following the 2-2 draw with Brentford in League One.

Slade was left frustrated after both the goals that Orient conceded came from corners.

"We weren't ruthless enough in our own box. They were two soft goals and we were bullied for the second goal."

It was about doing it consistently right in both boxes. If we did it right we would have come away with three points

He added: "We can't have two goals conceded from set plays. The team and I pride ourselves on getting those sorts of things right and doing it properly.

"By and large we've done it all season but against Brentford? No."

Slade felt his side, who remain 15th in the table, should have taken all three points against promotion chasing Brentford, especially after seeing a second-half David Mooney penalty saved by Bees keeper Simon Moore.

"We created about six wonderful opportunities," Slade continued. "I think the man of the match was their goalkeeper. He pulled of some tremendous saves and we had opportunities to win the game.

"We got ourselves a penalty and we can't ask for more than that.

"It was about doing it consistently right in both boxes. If we did it right we would have come away with three points."

The 24-year-old defender, who signed a short-term deal at Brisbane Road this week, had not played since October 2011 after he received a prison sentence.

"It is good to have him back," Slade said. "He has been training with us, getting himself fit and is back on track.

"He has got the bit between his teeth and he will be an asset over the coming months."