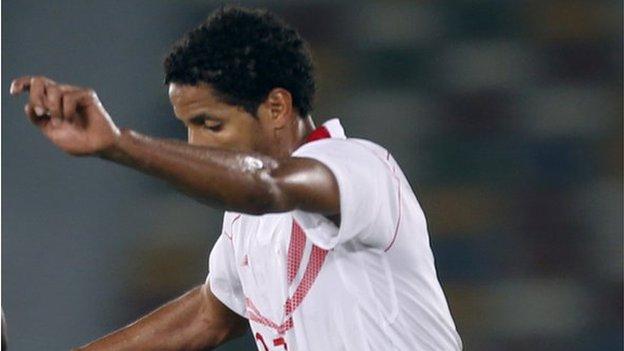 Tunisia striker Issam Jemaa has been ruled out of the 2013 Africa Cup of Nations with a knee injury.

The Tunisia Football Federation has confirmed he will be out for up to six weeks after picking up an injury in Tuesday's 1-0 win over Algeria.

The 28-year-old, who plays in Kuwait, had to be replaced after just 18 minutes of the game against Algeria.

Under the tournament regulations Tunisia will not be able to replace Jemaa in their squad.

Jemaa is one Tunisia's most experienced players with over 70 caps.

The Carthage Eagles will face Ivory Coast and Togo in their remaining Group D games.