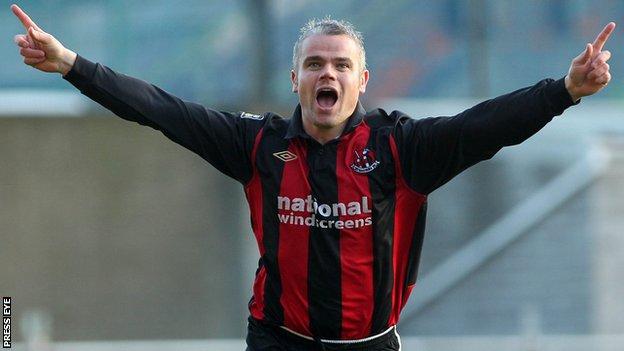 Crusaders striker Gary McCutcheon has been ruled out of Saturday's League Cup final against Cliftonville.

McCutcheon sustained a leg muscle injury in Tuesday's Irish Cup win over Linfield and is likely to be out for at least a fortnight.

"Gary's out of the game. He's not going to be available," Crues boss Stephen Baxter told the Belfast Telegraph.

The Crues are already without injured goalkeeper Sean O'Neill for the clash with the Premiership leaders.

O'Neill is expected to miss the remainder of this season after suffering a dislocated shoulder recently.