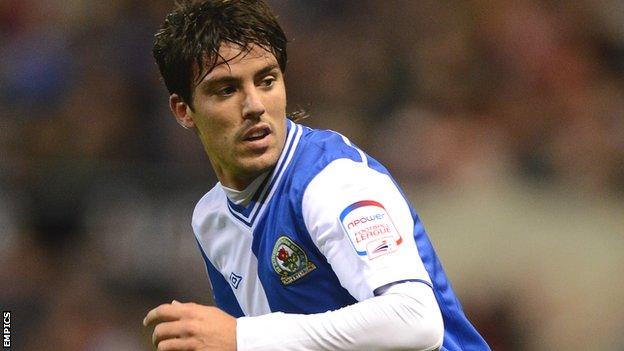 Blackburn Rovers forward Mauro Formica has joined Italian club Palermo until the end of the season.

The 24-year-old has linked up with the Serie A side on loan until 30 June.

Argentina-born Formica joined Rovers in January 2011 from Newell's Old Boys for an undisclosed fee and has 18 months remaining on his current contract.

He has played 54 times for Rovers, scoring five goals, but has not featured since they lost to Cardiff on 7 December.