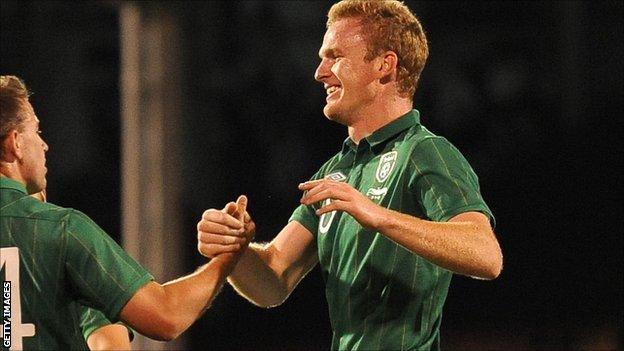 Reading defender Alex Pearce has been called up to the Republic of Ireland squad for next month's friendly against Poland in Dublin.

Pearce, who won his only previous cap against Oman in September, replaces Darren O'Dea.

Former Celtic centre-back O'Dea asked to remain in Canada with his club Toronto FC for their pre-season preparations.

Pearce scored on his Republic debut at Craven Cottage when Trapattoni's side earned a 4-1 win.