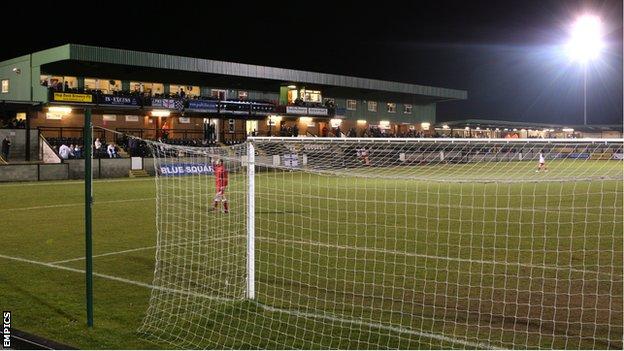 Chairman William Harrison-Allan is confident Salisbury can survive in non-league's top tier should they gain promotion this season.

The Whites were placed in administration in 2009 and were handed a double demotion a year later after missing a deadline to pay creditors.

But the Blue Square Bet South leaders are now on the brink of exiting their Company Voluntary Arrangement.

"It was a five-year vision to get us back up," he told BBC Wiltshire.

"We're three years in to that vision and I had hoped to break-even in year four and five. With a little bit of luck we could do that this year.

The highs and lows at Salisbury

"But we won't get carried away because I don't want to see us losing £500,000 a year like we were doing before the current board got involved. I don't want to be the ex-chairman putting the club in to bankruptcy again.

"It won't happen - I promise the fans, the players, the management. If we have to shorten up on salaries then we will. If we have to get by with smaller squad we will.

"If we have to consolidate in mid-table in the Blue Square Bet Premier then that will do me.

"I know that's not very ambitious and the fans might think we should be going for the play-offs, but let's not get us back where we were. Lets get it so the fans know we are going to survive another year."

Harrison-Allan was part of a consortium, alongside Chris Brammall and Jeff Hooper, who took over Salisbury in the 2009-10 season.

The new owners restructured the struggling club; they put midfielder Darrell Clarke in charge of first-team affairs and brought in youngsters to bolster their depleted squad.

Clarke led the new-look Whites to promotion in his first year in charge, with a play-off final win over Hednesford.

Salisbury's long-standing financial problems were eased last season thanks to their run in the FA Cup, which saw them claim a third-round meeting with League One Sheffield United.

They finished the domestic season in 10th place but have dominated the league this term, and are nine points clear at the top.

Harrison-Allan insists their financial woes are now in the past and Clarke, who signed a contract extension last week to keep him at the Ray Mac until 2014, will now be able to build his squad for the future.

"We've got some fabulous young talent here and there are three or four players who are being spoken to about extending contracts," added the chairman.

"The board are backing Darrell to put in the two or three bits of the jigsaw that will get us over the line."