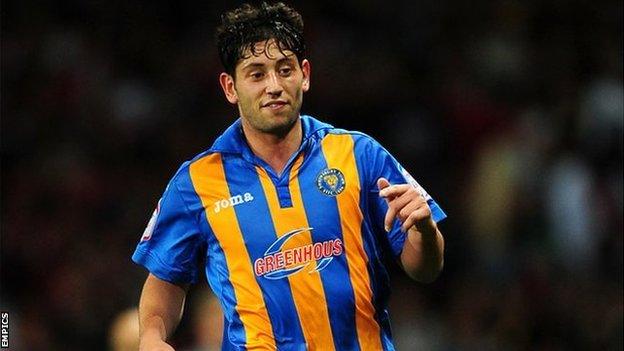 Shrewsbury Town defender Joe Jacobson admitted it was difficult to be left on the sidelines earlier in the season.

Jacobson made 45 appearances for Town last campaign after joining from Accrington Stanley in June 2011.

And after finding himself out of favour early on this season, the 26-year-old has recently had a run in the side.

"It was horrible going from playing every game last season to not playing the first 10 or so games," he told BBC Radio Shropshire.

"I couldn't work out why I wasn't playing, but the gaffer told me to work on a few things - now I seem to be finding my feet.

"I've found my place in the team, and the team has been doing well recently."

Jacobson believes that now he is back in the first-team fold at the Greenhous Meadow, the hard work he put in on the training ground while he was omitted from the team has paid off.

"If you're not in the team and you are thinking of excuses and your head's not right, the management will see that," said Jacobson, whose team currently lie 18th in League One.

"For me personally I'll always give everything in training every day, coming in early and doing extra bits to try and get noticed."