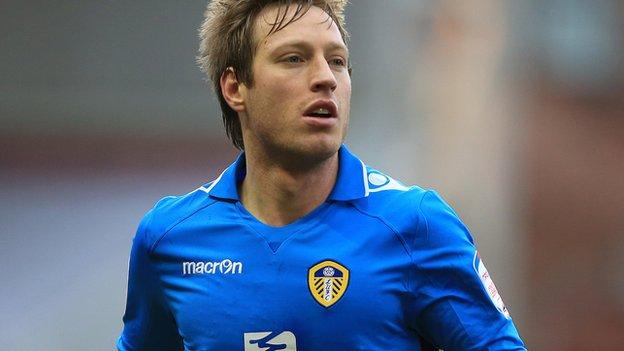 Leeds United striker Luciano Becchio has handed in a transfer request after talks over a new deal broke down.

United have turned down two bids from foreign clubs for Becchio, who they say wants to move on for financial reasons.

The 29-year-old Argentine has scored 19 goals in all competitions this season and is under contract until June 2014.

A Leeds statement said Becchio was already the club's highest earner and his wage demands "were beyond a level we could support".

He joined the Championship side from Spanish club Merida UD in 2008 and has made 221 appearances since then, scoring 86 goals.

Earlier this month, Leeds assistant Mick Jones had told BBC Radio Leeds: "My biggest fear is that there could be pressure on us from other clubs for him.

"Look at his form at the moment and he's bound to be hot property. I'd be worried if certain clubs came in for him both here and abroad."

Neil Warnock's side face Tottenham in the FA Cup fourth round on Sunday.