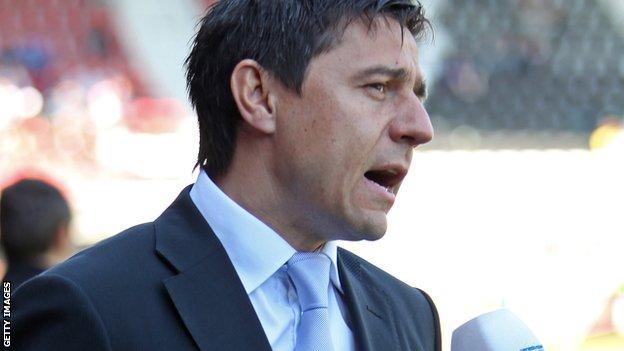 The 43-year-old replaces Jim Gannon, who was after 14 months in charge.

Kalezic, a Bosnian who was born in Switzerland, led De Graafschap to the Dutch Second Division title in 2010.

Most recently he was head coach of Zulte Waregem, leaving his position with the Belgian club at the end of 2011 after six months in charge.

The Hatters, currently 20th in the table, are due to announce a new British assistant manager within the next few days.

County's vice-chairman Spencer Fearn described the appointment as a "reflection of the future direction of the club", while said he was "delighted to have been able to attract such a high calibre coach" to Edgeley Park.

Gannon's second tenure as manager came to an end after a 3-1 home defeat by Mansfield, which resulted in Stockport slipping into the relegation zone.

His former assistant, Alan Lord, will take charge of Stockport's game at Gateshead on Tuesday.