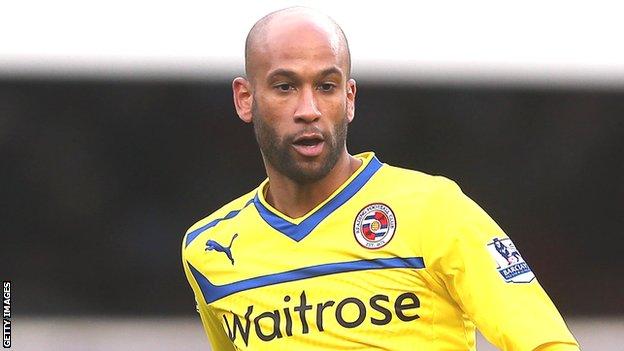 Reading winger Jimmy Kebe claimed he was set to become Newcastle's latest signing before admitting he was joking.

The Magpies have recruited four players from France this month, including left-back Massadio Haidara on Thursday.

France-born Kebe, wrote on Twitter: "On my way to Newcastle, having medical then sign a four-year contract."

But he then added: "Oops I thought if you're French and play football you pop into Newcastle and sign a contract? Not a chance of leaving #LoveReadingFC#."

Kebe joined Reading from Lens in January 2008 and has scored 29 goals in 185 appearances for the Royals.

He 12 months ago that will keep him at the Berkshire club until 2014 and has played 14 games this season.

Alan Pardew's side finished fifth in the Premier League last season but they are 16th this time round, two points above the relegation zone.