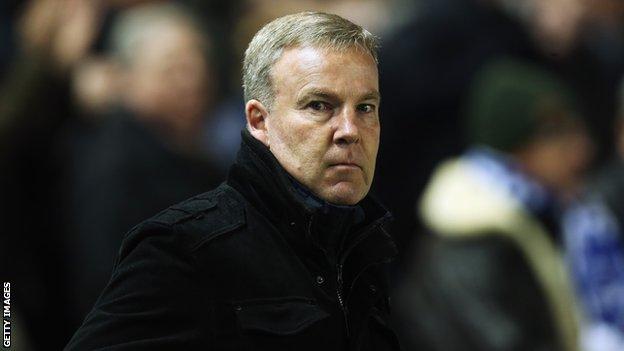 Millwall manager Kenny Jackett hopes his side can heap more misery on Aston Villa in the FA Cup fourth round.

The Lions welcome Villa, who were knocked out of the Capital One Cup by League Two side Bradford City this week, to the New Den on Friday night.

He told BBC London 94.9: "There is a lot of focus at present on Aston Villa.

"We have an opportunity against a big club. We will have to play well to be successful as they have some terrific attacking threats."

There will be 14,000 or 15,000 people here and if we put on the right kind of performance, a good atmosphere will follow

He continued: "It will be a terrific atmosphere and the players will have to take the lead.

"We are off the back of a disappointing defeat and we can't wait to get back out there and put that right."

Villa find themselves just above the Premier League relegation zone and Millwall defender Danny Shittu also believes they could be vulnerable to a second upset.

"Their manager and their fans will be looking to respond and get back on track so we know it will be a hard game, but nobody likes coming to the Den and hopefully we can capitalise on that."

Jackett, meanwhile, is delighted his side have a chance to pull of a giant-killing in front of their own fans.

"We have been looking for this for a couple of years - to be able to play one of the big Premier League sides (at home).

"To get a club like that down at the Den is something we've lacked. We haven't had the luck of the draw.