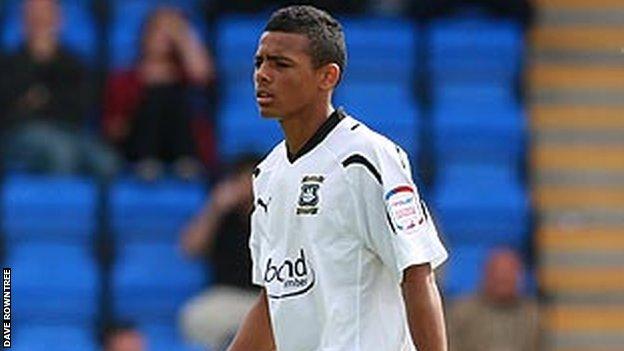 Plymouth Argyle have extended teenage striker Isaac Vassell's contract until the end of the season.

The 19-year-old has yet to start a game for the Pilgrims, but made eight substitute appearances last season and

Vassell's original deal ran out in December, but he was given another month while Argyle hired John Sheridan as Carl Fletcher's successor.

Winger Joe Lennox, whose deal ran out at the same time, has been released.