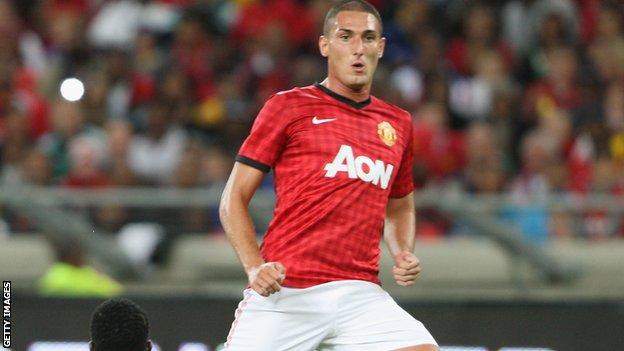 Manchester United striker Federico Macheda has joined Stuttgart on loan until the end of the season after struggling to secure a first-team spot.

Macheda, 21, has not made a Premier League appearance since finishing last season on loan at Queens Park Rangers.

The Italian, who scored winning goals against Aston Villa and Sunderland in the 2008-09 season, could make his debut against Bayern Munich on Sunday.

"I'm delighted to be able to play for them," said Macheda.