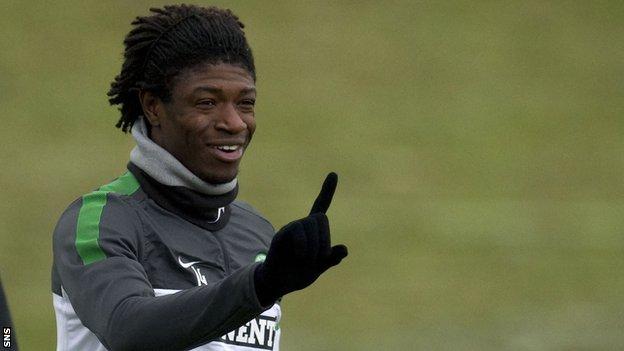 The Sierra Leone international came to Scotland in 2011 but a combination of injuries and poor form restricted his chances with Neil Lennon's side.

He was sent back to former club AIK on loan last year and scored several goals in the Allsvenskan.

Now, he will be turning out for one of AIK's competitors, with the 2013 Swedish season beginning in March.