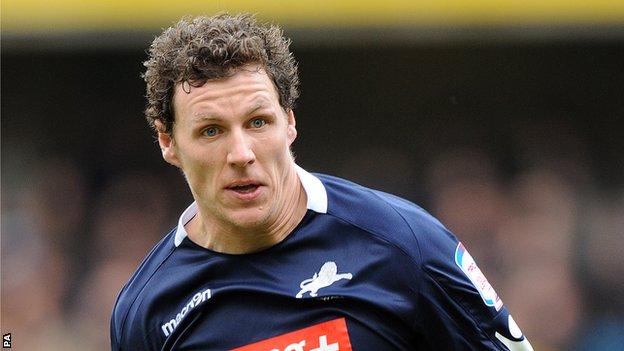 Blackstock's deal was to run out in the summer, but the 26-year-old has signed on for four-and-a-half more years.

Henderson has moved for an undisclosed fee to become Forest's third signing of the transfer window and has signed until the end of the campaign.

The 31-year-old has scored seven goals in 22 games for the Lions this season.

Forest chairman Fawaz Al Hasawi said: "We are delighted to have brought a player of Darius's experience to the club.

"He knows all about the Championship and has also played at the highest level in England as well and I've no doubts he will be a great addition to Alex McLeish's squad."

Henderson is poised to make his debut against Watford on Saturday after he joined fellow new boys Elliott Ward and Gonzalo Jara Reyes at the club.

In another boost for Forest, Blackstock agreed to extend his stay at the City Ground subject to passing a medical.

If that is successful, it will extend a spell in the Midlands that has included 36 goals in 120 appearances since he joined from QPR in 2009.