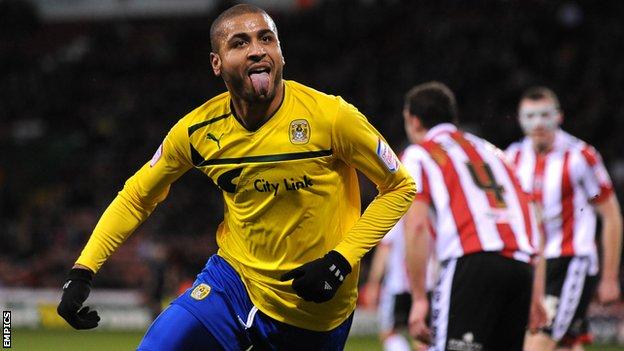 Coventry edged past Sheffield United to move to within a point of the League One play-offs.

Ex-Sheffield Wednesday forward Leon Clarke put the visitors ahead when he swept in from six-yards out.

The Blades found their stride after the break and Dave Kitson's bullet header gave them a deserved equaliser.

But Coventry snatched all three points after goalkeeper George Long parried Franck Moussa's shot in to the path of Clarke, who slotted home with ease.

"In the first half we were massively off the pace of the game and Coventry took advantage of that and caused us some problems.

"But second half we got our teeth into things and changed things round and and we caused them lots of problems.

"We felt we should have had a stonewall penalty... And should we have got that (decision) who knows what would have happened."