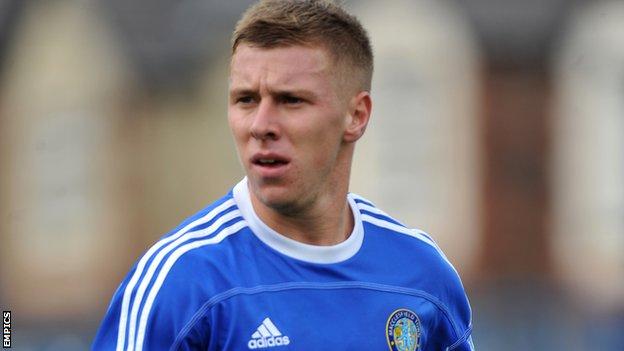 Macclesfield moved to within five points of the play-offs with an emphatic win over Ebbsfleet, who have not won a game since 17 November.

Keiran Murtagh opened the scoring early on with a 25-yard free-kick.

Jack Mackreth teed up Waide Fairhurst to double Macc's lead, and then found the net himself after some good work from Murtagh.

Mackreth added to basement club Ebbsfleet's misery with his second - a low finish from 12 yards.

"We knew we had to see out the first 15 minutes, they start bright, they've got good players who like to get on the ball.

"If we see out the first 15 minutes things open up, but the first goal in 90 seconds, you're a goal down and you're chasing it.

"It was a bit harsh, we looked like a team who hadn't played in two weeks.

"If we can win nine, get a couple of draws, we've got a chance (of staying up). Games are slipping by, we've got to stick in there, become men, I've got to have men with me now, and if they can be that, and take it on the chin, who knows?"