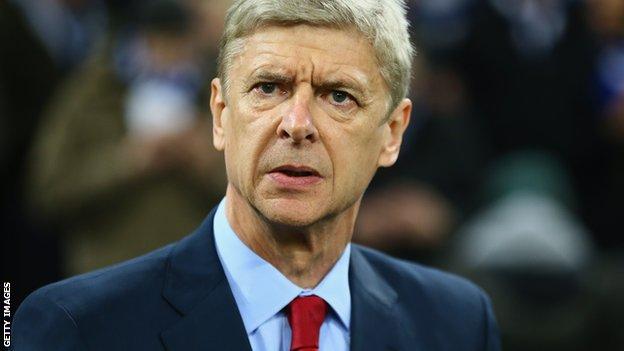 Arsenal manager Arsene Wenger says the January transfer window should be limited to two transfers per club and is "unfair" in its current form.

"It is unfair some teams have played, for example, Newcastle already and then some still have to face a side with six or eight new players," said Wenger.

"I think it should be completely cut out or limited to two players."

Wenger has not signed any players this month and said he would only do so if the right one became available.

He also denied that Arsenal had made approaches for Barcelona forward David Villa and West Ham's Mohamed Diame.

The Frenchman cited Newcastle's January transfer activity as an example of why he believes the window in its current format is flawed.

"They do not face exactly the same team. I believe the number of players you can buy should be limited," he added.

While Wenger is not ruling out bringing a player in before the window closes on 31 January, he says he has the quality within his squad to help Arsenal achieve their goals for this season.

"I don't worry - what I worry about is getting the injured players back fit and getting the players at this club to perform to full potential," he said.

"We don't expect any miracle from outside, we want to make things happen from inside. If someone else can strengthen our squad we will of course do it, but we have the resources inside to do well.

"We have two players in every position and that should basically be enough, but if we find top-class players in any position we never refuse to strengthen our squad."