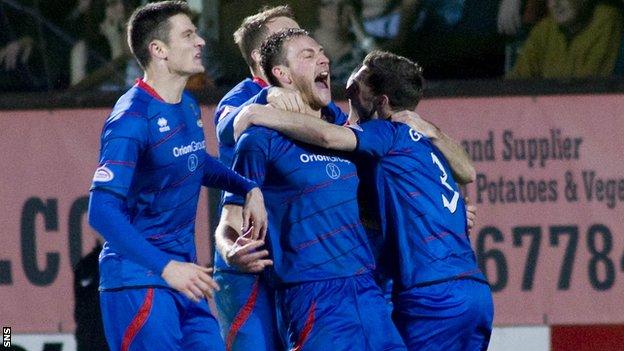 Inverness Caledonian Thistle have signed teenage full-back Charlie Taylor on loan from Leeds United for the rest of the season.

The 19-year-old has made four first team appearances for the Championship club.

"It should be a good experience and hopefully an opportunity to play regular football, Taylor told the Leeds website.

"Going out on loan is all part of the learning curve."

Meanwhile, Inverness have released striker Jason Oswell, who joined the club in the summer following a spell at Crewe Alexandra.