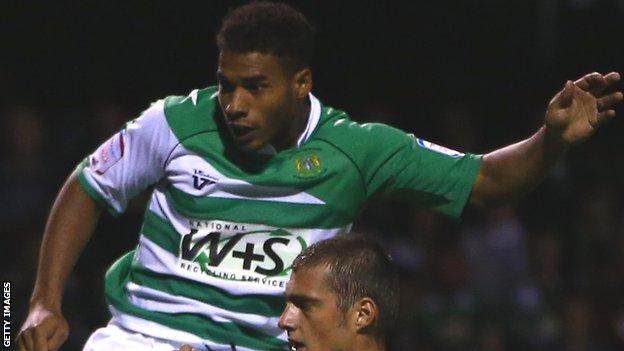 Plymouth Argyle have signed Yeovil Town forward Reuben Reid on loan until the end of February.

The 24-year-old, who was a youth player at Home Park, returns in time for the League Two clash with Accrington.

Reid made his debut for Argyle in the Championship in April 2006, playing 12 games before moving to Brentford.

He went on to play for Rotherham, West Brom and Oldham, and signed for the Glovers last July, scoring four goals in 25 appearances at Huish Park.