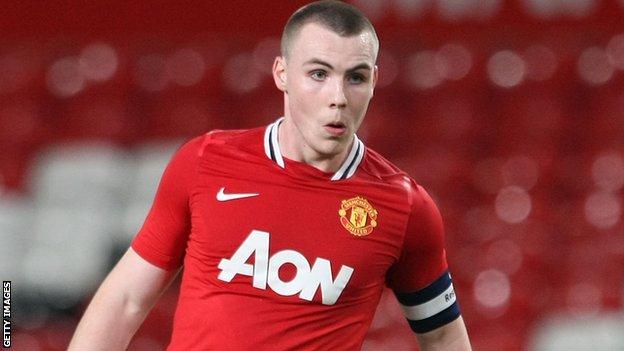 The 18-year-old defender captained the Red Devils' academy side for the 2011-12 campaign and made 25 appearances.

The Northern Ireland U17 international could make his Robins debut on Friday against Rochdale if the Premier League approve his deal in time.

"[Assistant] Neil Howarth has done well in getting the deal to go forward and I would like to thank Manchester United for their help.

"It will be a big test for Luke but one I'm sure he will cope well with."