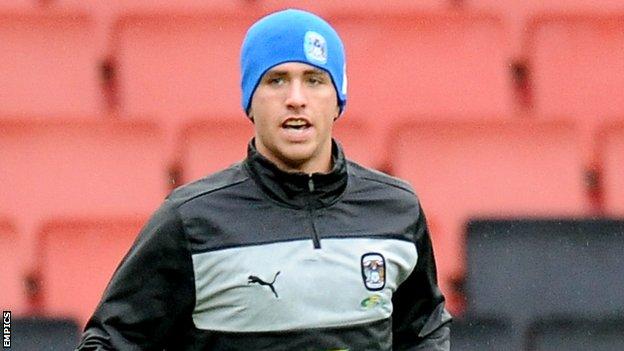 Gillingham have completed the signing of Coventry City striker Cody McDonald on a 93-day loan deal.

The 26-year-old, who joined the Sky Blues in August 2011, has scored three goals in 16 appearances this season.

Former Dartford and Norwich City player McDonald had a loan spell at the Priestfield Stadium in 2010-11, bagging 25 goals in 41 league games.

Promotion-chasing League One side Coventry have an option of recalling the forward after one month.

McDonald had been training with Gillingham this week.

"After meeting him on Sunday morning up north, I was impressed with his attitude and I liked him as a person."