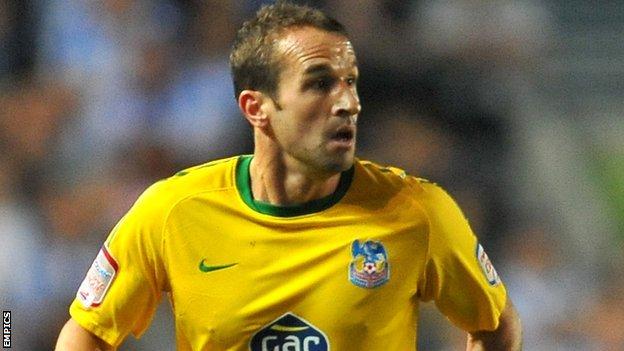 The length of the deal has yet to be confirmed for the 32-year-old, who has not played since finishing a seven-game loan spell at Gillingham in October.

He joined Palace from Ipswich Town in 2010 and went on to feature 57 times for the Selhurst Park club.

Meanwhile, defender Tom Aldred has been released by mutual consent after 18 months at the club.

The 22-year-old has spent most of his time away on loan spells and failed to make a senior appearance for the U's.

Wright has most of his career at full-back, but has recently been used as a holding midfielder.

The former Crewe and Wigan man is available for Saturday's League One visit of Walsall.