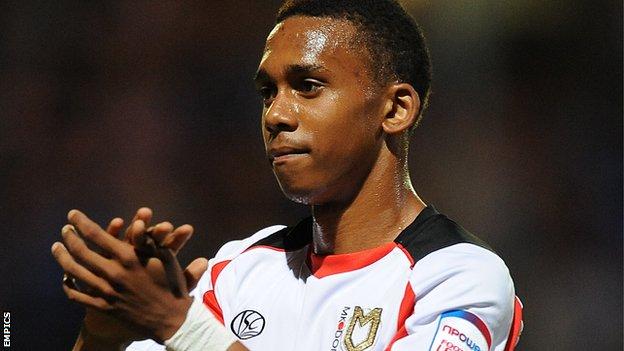 Yeovil have cancelled the contract of Keanu Marsh-Brown by mutual consent.

The 20-year-old winger had four months remaining on his one-year deal at Huish Park, but had fallen out of favour with manager Gary Johnson.

A former Fulham trainee, Marsh-Brown had loan spells at MK Dons and Dundee United before signing for Oldham in January 2012.

He joined Yeovil following his release from the Latics and made 27 appearances, scoring twice.