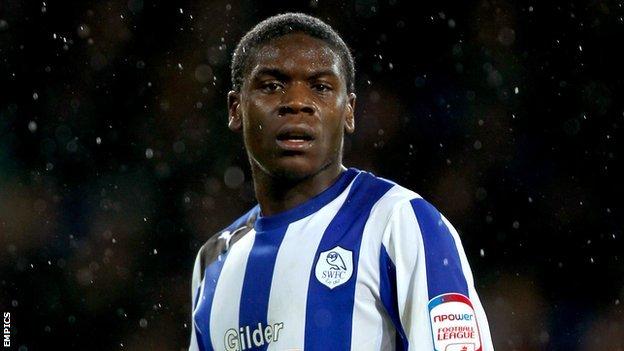 The 20-year-old played 11 games for the Owls during a loan spell which ended this week.

"Watford have come in and wanted to buy him," Jones told BBC Radio Sheffield.

"He came here, he did well. We're just disappointed somebody else has come in. At this moment in time we can't match what Watford are offering."

Helan's only senior appearance for City came as a substitute in the League Cup, but he has had stints at Carlisle and Shrewsbury over the last two years.

Jones had wanted to bring the Frenchman back to Hillsborough on loan but now says that is over.

"That's gone now for us, it's finished," he added.

"We wanted him to stay and we tried to persuade him but he got a fantastic offer elsewhere."