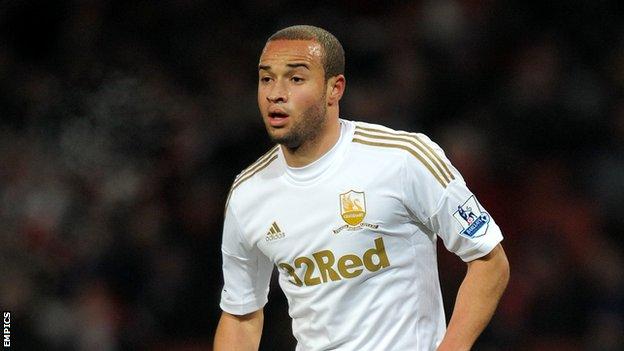 The 21-year-old, who has made four appearances for the Swans this season, will stay at Selhurst Park until the end of the season.

"Swansea were happy to let me go out on loan and it was a great opportunity for me," Richards told the club website.

"It's a brilliant club to be coming into, sitting in the top six of the Championship."

He added: "As a player you want to be fighting for a place in the Premier League and hopefully I can play my part in the club getting there."